If you are interested in any of the cars in the video below, contact us for pricing and availability. Thank You.

A BRIEF HISTORY OF SCALEXTRIC CAR

Mr B Francis invented a metal-bodied model racing car containing a unique type of clockwork motor in 1952. The small company that introduced the cars onto the market was Minimodels Ltd and they were sold under the trademark SCALEX. Four years later the novelty of the cars began to flag and Francis started his quest to update the product. After watching a demonstration of electrically operated cars running on a track he immediately recognised the potential and modified his own cars to take an electric motor.

Soon to follow was the rubber track with two parallel groves which held metal rails containing the electric current. This new product was unveiled at the Harrogate toy fair in January 1957 under the product name SCALEXTRIC. Orders flooded in outstripping the company's production capacity so much that in November 1958 Francis sold out to Tri-ang group, a company with larger resources.

Tri-ang quickly introduced many improvements and additions; the variable speed hand throttle replacing the original 'dapper' type controller and the track was changed from rubber to polyethylene. This reduced manufacturing costs by enabling the track to be made in-house rather than being bought in from a specialist rubber supplier. Within a short space of time 18 cars and two motorcycle combinations were made available and the 1964 advertising slogan proclaimed Scalextric to be 'the most complete model motor racing system in the world'.

Soon after this, the Scalextric World championships were held in London, further increasing its appeal. The game was, by now, being manufactured in Australia, France, New Zealand, Spain and the USA. The company enjoyed substantial success until 1968, when inflation meant disaster for sales. A new product was launched but sales did not recover and production was transferred to Rovex, now known as Hornby Hobbies and the Minimodels Ltd factory was closed.

Rovex introduced three new models, the JPS Lotus, the Ferrari and the March which became popular and Scalextric was soon back on the road to recovery. The advent of the home computer in the early 80's once again began to undermine sales, although this phase did soon pass and Scalextric continued to grow and develop until now, over 45 years after its first foray onto the market, it boasts an unrivalled selection of models of great racing and sports cars.

We have updated our online store to be Smartphone and Tablet friendly for your shopping ease.

THE BEST GIFTS AT THE BEST PRICES, BEST BUY, Click the link to shop

Who doesn't read magazines? The best bargains on magazines 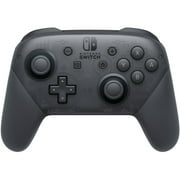 Hello, and welcome to HajeksHobbys & MTH Collectibels, we sell many of our products on eBay but due to high eBay fees the prices on eBay are far higher, which is why we paid for our own secure online store here so you could buy directly and save on our products as we dont have to pay the high eBay fees here, only PayPal fees, so you know your purchase is safe & secure with PayPal protection and the best price possible on our products. Enjoy buying directly & save money.

Watch for flash sales & check back often. Buy direct & Save.

Sale prices are totalled before shipping when applicable,(sale\discount will be credited to your PayPal account once you complete your order, Cash orders will recieve discount immeadiatly upon invoice

Subscribe to our YouTube Channel (It's FREE) to be the first to see many of our newest offerings and items as well as other helpful and fun videos, sales and more, see you there & Thank You for your support

Here is a little about our online store:

At Hajeks Hobbys & MTH Collectibles, we carry and sell a wide selection of products from Slot Cars, Trains, Buttons, Pins, and more. If you don't see it, ask us about what your looking for (email us at HajeksHobbys@Hotmail.com). We diligently test every item and carefully package it to ensure you get what you ordered safely.

Additionally we have partnered with several retailers to offer you unique deals and sale prices on thousands of items. From Amazon to Walmart use the links to their products at great prices. Click a link and start shopping today, you'll be glad you did.

Enjoy shopping at HajeksHobbys & MTH Collectibles & Improve your hobby time with a purchase from our store.

Not responsible for any typo's, duplicates or misprints, please report any errors to our site administrator through our site email, so that we may provide you the best experience. Thank You.

* TO ALL OUR CUSTOMERS * Don't forget to use our links to other stores like Amazon, Best Buy, Walmart, MagazineLine and more for great deals and special offers

Here are some samples of Midget Racers we have sold in the past few months, our Midget Racers are faster than ever, and we aren’t just talking about performance, we mean they are selling faster than ever, so keep an eye out on our store here and if you see one you like then simply add it to your cart and check out with PayPal. NO SIGN UPS, NO LOGINS, NO BS, JUST SHOPPING QUICK & EASY THE WAY ITS SUPPOSED TO BE AND YOUR BACKED BY OUR VIDEO GAURANTEE AS WELL AS PAYPAL PROTECTION SO YOU KNOW THAT WHEN YOU BUY DIRECT FROM OUR STORE, YOU ARE GETTING THE BEST PRICE ON THE BEST PRODUCTS. We also accept special orders, if there is a particular color you want, or a specific number or even custom liveries can be done with our high quality European imported decal sheets that we spend hundreds of hours on in Photoshop and other graphic editing tools, you are sure to get the car of your dreams.

Improve your hobby time with a purchase from our store, (Quick and easy sales) here's how to buy an item;

1. Start shopping now by clicking on the buttons on the left hand side of the page that interest you

3. When you are done shopping, click on "Shopping Cart" (at the top) in the scrolling banner and this will take you to your shopping cart.

4. Once in your shopping cart, use PayPal for quick and easy checkout.

5. You will then get a message with your invoice and your item ('s) will be shipped as soon as payment is confirmed.

Click on the various pages to the left hand side of this page to go through our current products available for sale. If you can't find something, click on the "Contact Us" button above and let us help you. Thank you and enjoy shopping at HajeksHobbys & MTH Collectibles.

Thank You from  HajeksHobbys an EXCLUSIVE DISTRIBUTOR OF MTH COLLECTIBLE PRODUCTS AND SAVE.

PLEASE NOTE THAT WE DO A LOT OF SALES AND DO NOT ALWAYS HAVE THE SPEED TO KEEP INVENTORY UPDATED SO PLEASE CHECK WITH US ABOUT ANY ITEM YOU ARE INTERESTED IN AND WE WILL BE HAPPY TO CONFIRM STOCK, THANK YOU.

FOR LARGER ORDERS CONTACT US DIRECTLY FOR COMBINED RATE DISCOUNTS AND FREE SHIPPING AT DVHajek@Gmail.com or MDH1948@CenturyLink.NET

Best Offers are accepted, just contact us at MDH1948@CenturyLink.Net, DVHajek@Gmail.com with your offer.

We live to help you drive your passions.

SHOP ALL THE GREAT DEALS AT WALMART

This place is amazing, check it out

We need your help take a moment to Subscribe to our channel for FREE at: